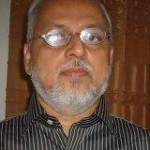 Motorola introduced the Moto G60 smartphone a few weeks ago and now another device in this series has been introduced.

The Moto G60S is the first to go on sale in Brazil.

Inside the phone is MediaTek’s Helio G96 processor with 6 GB RAM and 128 GB storage which can be further expanded with an SD card.

Battery power is not mentioned by the company but 50 watt fast charging support is definitely mentioned.

Other features include NFC, Android 11 operating system and headphone jack.

The back of the Moto G60SK has a setup of 4 cameras with a 64-megapixel main camera.

The 8-megapixel Ultra Wide, 5-megapixel Macro and 2-megapixel death sensor cameras are part of the set, while the 16-megapixel camera takes selfies.

The phone is on sale for 430 (over 70,000 Pakistani rupees), but the company has not announced any availability in other countries.