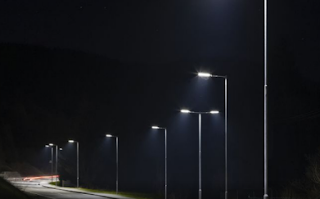 Increased exposure to artificial light in the evening is linked to a higher risk of diabetes, claims a study that was published in Diabetologia, a journal of the European Association for the Study of Diabetes. The study discovered that nighttime exposure to outdoor artificial light (LAN) was linked to poor blood glucose regulation and an elevated risk of diabetes, a condition that affects more than nine million Chinese adults. are credited to Dr. Yu Su, who conducted this study with his colleagues from two Chinese universities.

The study, which was based on data from close to 100,000 Chinese men and women exposed to artificial light during the night, was reported in the Telegraph. Those who were exposed to the most artificial light had a 28 percent higher chance of developing a metabolic disorder and having their melatonin levels interfered with by light. Our circadian rhythm is regulated by the hormone melatonin. There is growing evidence that our chronic lifestyle is harming our health by preventing the production of melatonin. Regular exposure to artificial outdoor lighting has been linked to higher glucose levels, insulin resistance, and a higher prevalence of diabetes.

A study that was released on Tuesday in the journal Diabetologia found that people who lived in areas with the most nighttime light pollution had a 28 percent higher risk of developing diabetes than those who did not.