A study has found that air pollution can cause children to have high blood pressure later in life, especially when they start gaining weight. 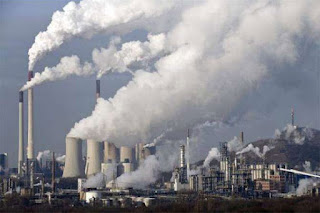 Experts have warned that children should be encouraged to walk from school to home on low-traffic routes, while there should be trees in the fields in schools so that they can absorb pollution.

The  study, led by researchers at King’s College London, looked at eight studies on nearly 15,000 children between the ages of 10 and 19, the focus of the researchers was the exposure of pollutants to children, including fine PM2.5 particles found in car smoke and PM10 particles that are found in car wheel pieces and wood stoves. were included in the exits.

At the age of 12, blood pressure was markedly higher due to the exposure of pm2.5 and pm10 long-term high levels on children, these particles go directly into the lungs through inhalation, thus causing high blood pressure at an older age and increasing the risk of heart attacks and stroke.

Professor Sirumini Harding, who led the scientific analysis, said that pollution is more exposed to children because they spend more time outside the house for other activities, including sports.