Poor indoor air can cause a variety of illnesses, so it’s a good idea to know how to avoid them. Indoor air quality is influenced by a number of factors, including the weather, geographic location, the presence of external and internal air sources, and the amount of pollution they emit. Although we are unsure what to do about the weather and the location of our property in terms of air pollution, the good news is that with proper personal protection, the quality of the air in our apartment can be significantly improved. 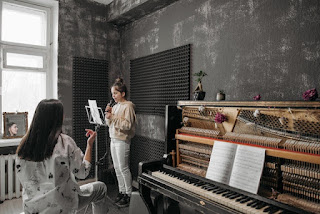 This is especially important because poor indoor air can cause a variety of diseases in fetuses and children, including asthma, allergies, cardiovascular disease, cancerous lesions, and developmental disorders.

Risk factors
A high concentration of harmful allergens in the home usually means bad indoor air. Allergies and asthma can be triggered by pollen and flying dust. Their particles irritate the conjunctiva of the eye and the upper respiratory tract mucous membranes.

Dust particles smaller than 10 microns contaminate the lung bladders. Contaminants can trigger an asthma attack by causing inflammation. They can cause acute and chronic respiratory diseases (e.g., chronic bronchitis) as well as make breathing more difficult. The mucous membrane’s resistance to pathogens and allergens deteriorates.

Mold will form in the cooler parts of the apartment, such as north walls, corners, and along thermal bridges, if the humidity of the indoor air is consistently above 70%. Sneezing, runny nose, nasal congestion, tearing, and itchy eyes are all symptoms of mold allergy.

Asthmatic cough, wheezing, and shortness of breath may occur in more severe cases. As a result of persistent rhinitis caused by allergies, we become more susceptible to respiratory diseases, and in addition to untreated allergies, we may become sick more frequently.

Animal hair, epithelial cells, and dust mites can also cause respiratory problems. Furthermore, in the absence of ventilation, the concentration of carbon dioxide in the air we exhale can be high, causing concentration problems, fatigue, and headaches.

Air pollution has become such a problem that it has been linked to a separate disease. Sick building syndrome (SBS) is characterized by acute health complaints that are linked to time spent in the building, but no specific illness or cause can be identified. So the complaints go away when you leave, then reappearance when you return. Itchy eyes, tearing, runny nose, dry and itchy skin, nasal congestion, chronic sinusitis, headache, nausea, tiredness, concentration problems, and coughing are all symptoms of SBS.

Bad air can be caused by a variety of factors, including dry rooms, overheating, and the presence of indoor air pollutants. When the concentration of volatile organic compounds, such as cleaning agents and solvents, is high in the home, it can be hazardous to one’s health. Instead, use natural, environmentally friendly cleaning agents and ventilate them regularly during the winter to keep the indoor air fresh.

If the above-mentioned respiratory complaints run in the family, or if the symptoms of “colds” don’t go away after 7-10 days, it’s worth suspecting that something is wrong with the indoor air quality. In this case, it’s best to see a doctor right away, who can rule out or confirm the presence of more serious respiratory diseases like allergies or asthma. Individual protection, such as an inhaler or an increase in medication as recommended by a doctor, may be required for people with respiratory illnesses. Of course, we must also consider how we can permanently reduce the harmful substances in our homes’ air.

Purchase of a cutting-edge air purification device that filters pollen and other allergens from indoor air may also be considered. There are a variety of air purifiers to choose from, so it doesn’t matter which one you get. If you’re thinking about making such an investment, you should definitely seek advice from a professional first.

You might want to go with a device that can filter out particles as small as 20 nanometers (0.00002 mm), such as dust, pollens, animal allergens, and most bacteria (HEPA filter), as well as volatile organic compounds and odors (carbon filter). A HEPA-compliant filter is found in most home air purifiers, which effectively filters harmful particles from the air down to 0.3 microns. Most viruses, on the other hand, are smaller, and air purifiers can filter out particles as small as 0.003 microns, which is smaller than the smallest known virus. Choose such a device if possible because it is a small, harmful particle that can enter the bloodstream from the lungs and reach other organs.