Smoking is not only dangerous for health, but its smoke also causes air pollution. 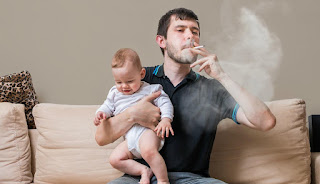 But! Recently, there has been a surprising disclosure by experts regarding cigarette smoke, which will also bother you.

According to a recent study published by the University of Minnesota in General Pediatric Research, cigarette smoke has also been seen to increase heart disease in children.

In the study, experts performed ultrasounds of 298 children aged 8 to 18 who did not smoke.

Health-threatening
experts said that after this research, they found that children who  were breathing in the presence of cigarette smoke around were found to have stiffness in their ‘abdomenal aorta’.

Mitchell Harbin, assistant professor at the University of Minnesota, says that cigarette smoke causes damage to children’s heart veins, which can later affect the blood and lead to heart disease