It is not believed that the extract of green tea, which is very useful, can damage the liver, but this is the reality. 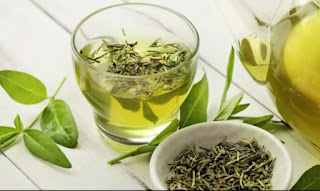 Considering the ingredients in green tea and its usefulness, it has been given the status of superfood and its excessive use for a long time can prevent cancer, heart disease, obesity and type 2 diabetes, but in some people it can also cause liver damage instead of benefiting.

This comes as a result of a new study that points to two genetic variants and predicts who may be at risk from green tea.

Hameed Samawat, assistant professor of nutrition sciences at Rutgers, says that it is very important how to use green tea can harm the liver, green tea extract can be very beneficial for those who use it safely.

Using data from the Green Tea Trial in Minnesota, a large study of the effects of green tea on breast cancer was conducted, the research team investigated whether people with certain genetic variations were more likely to show symptoms of liver stress a year after taking 843 mg of green tea supplements daily. One of the main antioxidants in green tea is catechin called epigallotechin gallate (EGCG).

The study chose two genetic variants because each controls the synthesis of an enzyme that breaks down EGCG.

They chose the Minnesota Green Tea Trial because it was a unique, large-scale best-designed study. The year-long placebo-controlled trial involved more than 1,000 postmenopausal women and collected data for 3, 6, 9 and 12 months.

On average, participants with the high-risk UGT1A4 genotype saw this enzyme, indicating that liver stress increased by about 80% after nine months of green Tea supplement use, while those with a low-risk genotype saw the same enzyme by 30%.

Samawat says that the risk of liver toxicity from green tea is only associated with taking supplements in excess of green tea and not drinking green tea.

Samawat further says that they have only pointed out in this study that taking this tea in the form of supplementation can cause liver damage in some people, but there is no risk of any kind of damage from drinking it.