It is now grape season, and as a result, researchers have produced an intriguing analysis of its additional benefits. 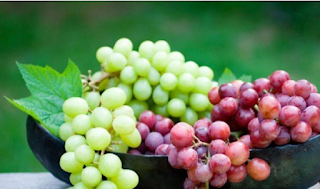 They maintain that regular grape consumption enhances genetic expression, lowers fatty liver, and predictably lengthens lifespan; however, all of these studies were carried out on mice.

According to this study, which was published in the journal Foods, eating grapes ought to become routine. John Pizziotto, a professor at Western New England University, and his colleagues conducted this study. He claimed that food has a significant impact on the body and that the nutritional effects on the developing child begin during the mother’s pregnancy. The advantages of grapes are incredible.

The first advantage is that eating grapes lowers the risk of developing a fatty liver. because grape consumption alters the genes that cause this fat to increase (fatty liver disease). This condition, which can also lead to liver failure or cancer, is widespread throughout the world and affects an estimated 25% of the population.

Consuming grapes stimulates the production of antioxidant genes. Contrarily, grapes also possess the ability to counteract the negative effects of our junk food eating patterns, which include diabetes, high blood pressure, and obesity. Additionally lowering the risk of weight gain is the consumption of grapes with meals containing chicken.

The fact that mice who were fed grapes lived longer—four to five years longer if measured on a human scale—is the third crucial finding. However, it hasn’t yet been tried on people. However, because it has already been done, it can be said that the mouse experiments can be applied to the human body. According to Dr. John Pizioto, eating grapes can also improve cognitive function and brain power.