The term fast food is used for a diet that people can eat immediately. 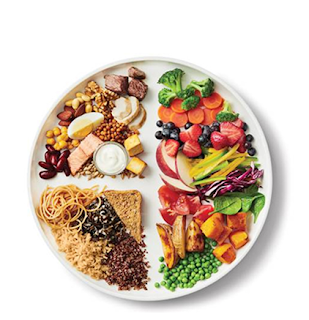 There is no lack of evidence that proves the negative effects of fast food on the body.

Fast food uses a lot of salt, sugar, fat, trans fat, calories and process ingredients and normalizing such a diet can prove to be disastrous for health.

The occasional use of fast food is not harmful, but avoid making it normal.

Its negative effects are as follows:

The use of fast food is very common,  people do not release the bad effect of fast food. They pay a heavy price for this habbit.

Fat, calories and processed carbohydrates in fast food result in a rapid increase in body weight and if the use of such food is made normal, then obesity is encountered.

The sodium or salt present in fast food improves its taste and also prevents it from deteriorating, but this amount is very high.

Excessive consumption of salt can lead to high blood pressure, which damages blood vessels and increases the risk of life-threatening diseases like heart attack and stroke.

The amount of processed carbohydrates in fast food is very high, due to which the level of blood sugar increases, in response to which the body starts making more insulin.

A steady rise in blood sugar levels over time results in an impact on the ability to make insulin and diabetes is associated with type 2.

Digestive system problems
Such food may taste good, but excessive salt present in it can result in the problem of flatulence.

Signs of being affected by diabetes

Along with this, if the amount of dietary fiber in fast food is negligible, then constipation can also be complained.

Fast food lacks vitamins, minerals and other ingredients that make the mood pleasant.

Research reports have indicated that fast and processed foods increase the risk of depression in people.

When processed carbohydrates enter the body system, the blood sugar level rises rapidly and then decreases immediately, resulting in a feeling of fatigue.

Due to the high amount of carbohydrates and sugar in fast food, acidity in the mouth also increases, which has negative effects on the surface of the teeth, while the risk of various gum and dental diseases increases.

Excessive consumption of fast food harmful to bones and joints also leads to excess body weight and obesity, which are stress factors on the joints.

Helpful ways to get rid of bad breath

More research is needed in this regard to find out the reason, but preliminary research has proved that the body faces worms from such a diet, which can have negative effects on the lungs.

Skin problems
Fast food contains ingredients that are harmful to the skin.

Sugar reduces the level of a protein called collagen in the body, which causes signs of old age such as wrinkles.

Salt reduces the moisture of the skin and grease activates the hormones that play a role in nail acne.
According  to medical experts, fat and trans fats start accumulating such material in the brain, which increases the risk of dementia and Alzheimer’s disease.