Any animal with hair, even if we exclusively refer to dogs and cats for reasons of dissemination. It can elicit allergy symptoms like sneezing and red, irritated eyes and make asthma management more difficult. It is called animal allergy. 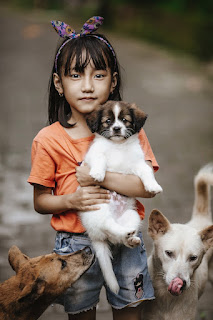 We are led to believe that animal allergies are related to the hair, although this is only the vector of the numerous substances really responsible (allergens), which are microscopic proteins present in the animal’s skin fragments, saliva, or other residues (technically, even hairless animals can be the cause of attacks).

Healing from an animal allergy is a rare goal (via immunotherapy, but with the understanding that effective control is not always an absolute resolution), but almost all allergic subjects can live with the condition, almost always without having to give up their pet.

Some sort of animal allergy affects 10-20% of the world’s population, and these numbers are expanding; symptoms can be caused by all pets with hair (including dogs, cats, rabbits, guinea pigs, hamsters, ferrets, and horses) and feathers (for example, parrots or parakeets).

The organism’s reaction (an allergy is the activation of the immune system to normally innocuous substances) is not triggered by the hair itself, but by the hair’s proteins.

The animal’s coat spreads these toxins throughout the home (and it is also the same mechanism that is observed in case of allergy to pollen, dust and mold, which for this reason can be exacerbated by the presence of the animal for the same reason).

When these proteins reach mucous membranes, airways, and skin, the immune response is stimulated and allergic symptoms emerge.

The characteristic symptoms of animal allergies are substantially similar to those of any other allergic rhinitis, namely:

The severity of each manifestation can change subjectively from one patient to another and, in some cases also include:

These symptoms can be triggered as much by contact with the animal after stroking it (and maybe then touching your eyes).

Unfortunately, allergies may develop at any age and alter over time (for better or for worse).

Allergy to pets can trigger an asthma attack even in subjects who have never suffered from it, manifesting itself in the form of:

The asthma  can begin within 15-30 minutes of inhaling the allergens.

The specialist who deals with allergy is the allergist doctor; the diagnosis is made as a result of

The only effective way to prevent symptoms is to avoid allergens, however this is difficult for everyone owing to their pervasiveness in the environment.

Among the most effective symptom-controlling medicines are:

Nasal sprays containing cortisone are efficient and have low adverse effects, making them the primary option for allergic rhinitis (especially seasonal ones). They don’t suffer from cortisone’s scary adverse effects.

Antihistamine nasal sprays are also effective, although less so.

Mouth antihistamines are medications that relieve sneezing and itching nose/eyes. They minimize nosebleeds and congestion. They’re effective when allergen exposure is scheduled, but unsuitable in an emergency (30-60 minutes).

Anti-allergic eye drops are excellent in treating eye issues. They reduce burning, itching, redness, tearing, and swelling. Antihistamine formulations provide an ideal balance between effectiveness and tolerability, so they may be used daily. Decongestants are the most effective and rapid to work, but they can only be taken for short durations or as needed.

Decongestants come as tablets (usually with antihistamines) and nasal sprays (in addition to the eye drops just described). They’re fast and effective, but just for a few days. High blood pressure, glaucoma, thyroid illness, and urinary abnormalities are contraindications.

Sodium cromoglycate is a nasal spray that inhibits histamine and leukotrienes. It’s well-tolerated but must be given frequently; it’s best for preventing attacks, not treating them.

Most patients who are diagnosed with a pet allergy can find a balance in the home to be able to live with their pet, which should NEVER be abandoned.

Among the most effective strategies to reduce contact with responsible allergens are:

Finally, there are foods for the animal that can counteract the presence of allergenic proteins in saliva.