A third of people at risk of anxiety and depression can avoid these mental disorders by exercising properly, according to a study. 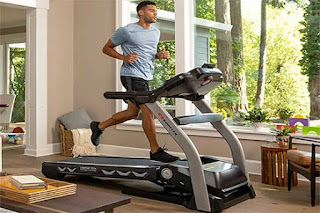 Although doctors ask people with depression to exercise for treatment, a study of more than 37,000 people at the University of Glasgow showed that by exercising more, people can avoid mental problems like depression and anxiety.

Researchers found that if everyone exercised hard for 75 minutes a week that caused breathlessness, it could prevent up to 19 percent of cases of depression and anxiety, and if moderate physical activity was done between two and a half hours and five hours per week, the chances of developing depression and anxiety could be reduced by 13 percent.

According to the results of the research, about one-third of the cases of depression and anxiety can potentially be avoided through exercise.

“This is an important public health message because exercise is free and everyone can increase its intake,” said study senior author Dr Carlos Sales-Morales from the University of Glasgow.

In the findings, published in the journal BMC Medicine, the researchers found that simple-minded people who started exercising hard for 75 minutes to 150 minutes per week were 29 percent less likely to suffer from depression or anxiety.