A study has found that reading can help protect memory from weakness in old age.

Researchers at the Beckman Institute in Illinois conducted a study to find out the relationship between memory and study, in which it was found that studying can help preserve memory in old age. 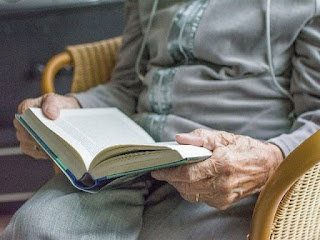 Liz Stein-Morrow, senior researcher of the study published in Frontier in Psychology, said that the habit of studying in free time, in which you get lost, is good for you and it helps to strengthen the mental abilities that are based on studies.
These mental abilities include episodic memory, in which we are able to remember events in the previous chapters of the book to make the next part of the book meaningful.

The second ability is active memory that places things in our minds during other mental functions. As the study of the book progresses, with the help of active memory, we are able to keep in mind what happened in the previous paragraphs.

But as we get older, our episodic memory and functional memory begin to decline but people accustomed to study continue to use these abilities differently.

For the study, the researchers distributed interesting books taken from the Adult Literacy Services of the Champagne Public Library through iPads to the elderly participants. These iPads had an app that allowed participants to view the progress of their study and answer the questionnaires included.

The study participants had to read books for 90 minutes daily five days a week for eight weeks. Another control group had to complete the Word puzzle instead of reading the book on their iPad and watch their progress in the same app.

The results showed that people who had studied books for eight weeks had marked improvements in functional memory, i.e., working memory and episodic memory.