What makes anything male or female? This somewhat complicated biological subject has a very straightforward solution: the size of the sex cells, or egg and sperm cells, differs. According to Elisabeth Oberzaucher, a behavioural biologist at the University of Vienna, “the basic description of male and female sex in biology is that the male sex is the one with the small sex cells and the female sex is the one with the huge ones.” Therefore, it is generally accepted in biology what constitutes male and female. But the new discussion on five genders has started a heated debate. 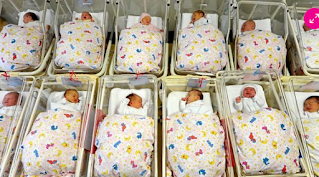 In addition to the political and social discussions around the existence of many sexes, the biological understanding of genders is currently gaining more and more public interest. A closer study indicates that the subject also invites discussion from a biological standpoint. The dual gender concept has traditionally dominated biological research. But a century ago, there were already ideas about transsexuality and a seamless passage between the sexes—long before this was a hot societal topic.

In humans, the 23rd pair of chromosomes is even more significant than sex cell size for determining sex. Men wear XY, whereas women wear XX. “Breaking down the sexes genetically is simple, but it’s not the complete story,” explains Oberzaucher.

The behavioural biologist says sexes in biology can’t be “rigidly categorised by drawers.” Men and women have different traits. Sexual dimorphism describes this.

“But that doesn’t mean women lack these traits and men always have them. Some women have more masculine traits than some males, and vice versa “Oberzaucher Males are somewhat taller than females on average, demonstrating sexual dimorphism. Size doesn’t indicate a person’s gender.

“Sex dimorphism in a population doesn’t tell us about an individual,” explains Oberzaucher. “Neither culturally nor biologically developed features have a male-female selectivity.”

In biology, female and male sex are defined and have correlated traits. This binary, says Oberzaucher, “cannot reflect true distinction.” Oberzaucher uses “various characteristics along one axis” instead of distinct drawers.

Issues
Science has ignored intersex people who are neither male nor female. This misinformation led to improper medical practises, such as operating on neonates whose gender was unclear, frequently with severe human effects.

Fausto-Sterling suggested there were five genders in the early 1990s, which she called “provocative.” “The Five Sexes” was a landmark in gender studies and still sparks debate. (10-Jul-2022 Tanja Traxler)