Scientists have been able to find out for the first time why people are more prone to flu and seasonal colds when the weather is cold. 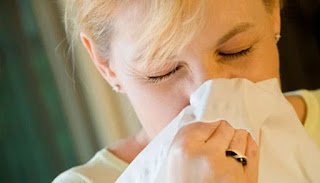 By the way, it is well known that when the air is cold, the chances of cold or flu etc. increase.

However, the germs that cause cold or flu are present in every season and people are affected by these diseases even in the summer.

Easy tips to help get rid of colds

For this reason, the question in the minds of scientists was why the cold or flu season suddenly starts when the temperature is low.

Now scientists have been able to find out the biological reason for this and this reason has become cold.

Research from Harvard Medical School in the US showed that cold air weakens the immune response that works against germs in the human nose.

“For the first time, we have an explanation to answer this question,” the researchers said.

He said that in cold temperatures, our immune response is limited.

The study found that even a mere 5°C drop in temperature kills about 50% of the immune cells that fight viruses and bacteria inside our nose.

Researchers said that there is a link between cold air and viral infections because even a slight drop in temperature reduces our immune system by 50 percent.

The research found that the germs that cause respiratory diseases attack the nose and the cells in the nose compete with them.

It should be noted that the body’s immune cells are equipped with microRNA, which is a component that helps to eliminate invading germs and the amount of microRNA in nasal cells is 13 times higher.

During the study, 4 people were kept in 4.4 degrees Celsius for 15 minutes and then the internal condition of the nose was assessed.

Researchers discovered that when we are exposed to cold air, the nasal temperature decreases a lot, as a result of which the body’s defense system also becomes a pile of soil.

He said that even a slight cooling is enough to disable the immune cells of close to 42 percent inside the nose.

Similarly, the amount of microRNAs decreases by about 50 percent, as a result of which the immunity to fight cold or flu in cold weather is also halved.

According to the researchers, a face mask can be helpful in this case because it not only prevents germs present in the air but also keeps the nose warm.

He said that the warmer you keep your nose, the better the immune system works, so the results prove to be another benefit of using face masks.

According to the researchers, this is a research on human tissues in the laboratory and research work has not yet been done in real life, so more work will have to be done to confirm the results.

The results were published in The Journal of Allergy and Clinical Immunology.