The speed of mental decline increases with age, but with a few simple things you can prevent it and keep the brain young. 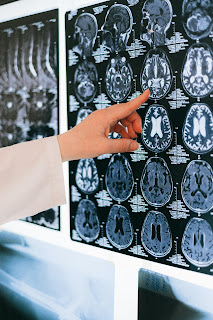 Our brain needs a lot of fuel to do its work, and according to research reports, the brain uses 20 percent of the calories we get from food throughout the day.

But this does not mean that every food is beneficial for the brain.

If you want to keep brain functions correct and memory stable, then some foods prove to be better than others.

Learn about some of the best foods for the brain.

Such as spinach, saag or others contain the best ingredients for mental health such as beta-carotene, folic acid, vitamin K and lutein.

Research reports have proved that a diet containing vegetables can be best in reducing the risk of mental decline.

According to experts, the use of one and a half to two cups of spinach in a week can be beneficial in this regard.

such as walnuts, almonds and pistachios are considered useful for the brain.

Each nut has its own unique benefits and their use is beneficial for mental health.

But walnuts are excellent in this regard, because it also contains omega-3 fatty acids and antioxidants that are important for preventing brain decline.

One study found that people who ate 15 to 30 grams of nuts a day scored higher than others on brain tests.

These hot drinks are consumed by people to maintain mental alertness, but they also have other benefits.

The caffeine in tea and coffee increases the ability to analyze the details of the brain, while the antioxidants present in them are also useful for mental health.

Experts have declared it safe for adults to drink 4 cups of coffee or tea a day.

The habit of eating tomato tomatoes also proves to be excellent for mental health, due to the presence of lycopene in tomatoes.

This powerful carotene helps protect against brain diseases such as Alzheimer’s.

According to research reports, the use of 9 to 21 mg of lycopene throughout the day is beneficial for the brain.

A tomato has an average of 3.2 mg of lycopene.

wheat, barley and brown rice are an important part of a balanced diet, which is also useful for the health of the arteries of the heart.

and its other varieties are among the best foods for mental health.

These vegetables contain compounds called glucosinolates, which are useful for the brain.

Consuming some amount of these vegetables in a week is beneficial for mental health.

fish is a good source of omega-3 fatty acids, these fatty acids are very important for the brain.

These fatty acids reduce the level of proteins in the blood that accumulate in the brain and cause Alzheimer’s disease.

berries such as strawberries or others are quite high in flavonoids.

This delicious delicacy is also beneficial for the brain.

It contains ingredients such as antioxidants, flavonoids, and caffeine, and their benefits are listed above.

In fact, most foods do not contain these three together and that is why dark chocolate is considered the best for the brain.

eggs are not only a great source of protein, but they also contain several B vitamins such as B6, B12 and B9 (folic acid).

According to research reports, these vitamins protect the brain from shrinking and reduce the risk of brain decline.

According to experts, consuming one egg daily can be the best in this regard, but in the case of any disease, it is better to consult a doctor.

Turmeric also proves to be excellent for the healthy mind, a component called curcumin, present in it is considered very useful for mental health, which protects against Alzheimer’s while improving the development of brain cells.