Toxic chemicals found in lunch boxes and other plastic utensils at home increase the risk of tumors in the womb, a study has found. 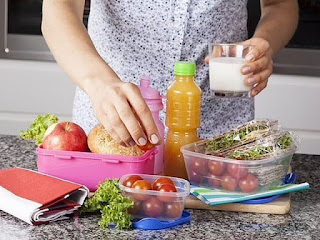 The growth of these non-cancerous tumors is a common phenomenon that affects eight out of 10 women. These tumors are not harmful and are often not seen.

But in 25% of cases, these tumors grow and can cause infertility and abortion problems that require a complex operation to remove them.

The researchers found a strong link between higher levels of DEHP and the formation of larger fibroids.

In one experiment, researchers reported that DEHP activates a process that accelerates the growth of fibroid tumors.

Because DEHP has been declared a reproductive poison, which means it can cause infertility, it was banned under European law in 2015. But in the United States, it is still used in many items.

DEHP is used to improve plastic flexibility and durability.