California: Technology company Apple has issued an emergency warning to iPhone users to deal with hackers. 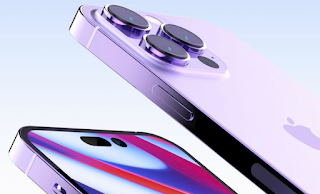 According to media reports, updates have been released by the company, in which the security flaws have been fixed to protect users from hackers so that hackers can not take control of users’ iPhones.

Apple says that this update includes corrections to problems in the operating system and security updates and all users are advised to install it.

This update comes just days after iOS 16.1 was released. Security issues were also fixed in the new iOS.

Apple said that the most important thing users can do to maintain the security of Apple’s items is to keep their software updated.

This update is available to users absolutely free of charge and it is extremely important to have it installed as soon as possible.

On the other hand, the bad news is that iOS 16.1.1 is not available for all iPhone users. If a user has an old iPhone, it will not be able to get updates. The following are the models of the iPhone in which iOS 16 can be installed: